Don’t just focus on qualiﬁcations when you’re looking for new ﬁnance team members. Christian Doherty explains what else is needed. 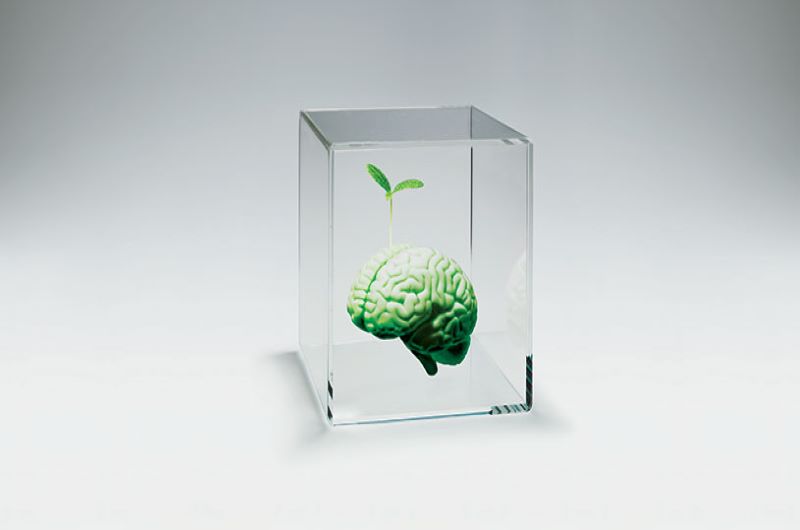 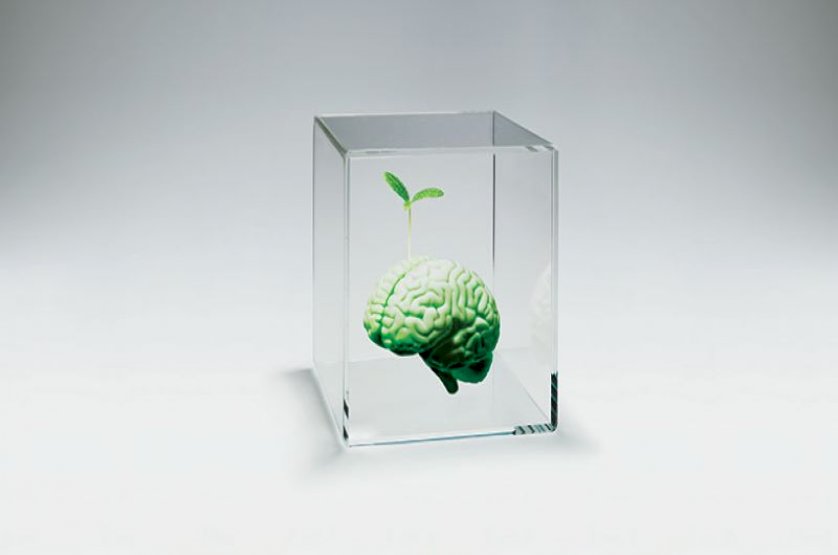 Every ﬁnance leader knows their business is only as good as the people it can attract to work there. And while the need for technical skill and mastery of systems can never be ignored, a growing number of more enlightened businesses are looking beyond simple competencies and focusing their eﬀorts on promoting soft skills and encouraging a better mindset in their employees.

Sophie Wright is an experienced ﬁnance leader, having worked her way to CFO in a corporate before embarking on a portfolio career and founding WrightCFO to work with a range of growing businesses. As such, she’s seen close up how identifying the right mindsets in ﬁnance team members can seriously improve the balance within the team. So what qualities are most valuable?

Start me up “The ﬁrst thing I look for is communication skills, both externally and internally,” she says.

“It is so important for ﬁnance to develop a rapport with the rest of the business. As a member of the ﬁnance team, you have to be seen as more than a deal blocker or someone who just chases receipts. So you need to communicate that.”

For Wright, the second quality to look for is self-starting and resilience.

“I like people who have done things for themselves – whether that’s in the workplace or beyond. They tend to bring more to a team.

“If I were to compare two equally skilled candidates – one a single parent who’d qualiﬁed after ten years of hard work, and the other an Oxford graduate who’d passed everything ﬁrst time – I would probably go for the ﬁrst; primarily because they’ve taken a knock in their life and come back stronger. If they can demonstrate they have resilience, that’s someone you want in your business. “And then the third quality is teamwork. Can they help others when things get tough?”

For many ﬁnance professionals, developing the right mix of skills to create a balanced, robust and dynamic ﬁnance function is a growing part of the role. However, ASL Group FD David Campbell believes it’s not always possible to simply ﬁnd the right person by externally recruiting them.

“We’ve changed our approach,” he says.

“Rather than trying to bring in more advanced people, who might be more stable but less prone to change, our recruitment strategy now focuses on getting young people in, whom we can oﬀ er a career path through training, and a development package to convince them they will progress.”

As the head of a ﬁnance function at the £20m-turnover printing and business consultancy, Campbell has led his team through 11 recent acquisitions.

“We ﬁrmly believe that oﬀering better development paths is critical in retaining the best and brightest. We have to encourage people to work hard and move on up through the company,” he says.

Keeping pace with the business’s growth means that a critical, analytical mindset is now even more important. Indeed, as with many FDs in small but growing businesses, Campbell is in need of more data analysis skills.

“We’ve got no end of data, but making sense of it is the challenge. We need to ﬁ nd people who can present it in such a way as to add value to the business. That’s what we need – not bean counters. So it’s crucial that we prioritise people’s development.”

That development is likely to be most eﬀective if senior managers are serious about laying out clearly the behaviours and mindsets the business expects its people to embody.

Charlie Walker heads Harmonic Finance, a recruitment consultancy that focuses on helping growing businesses ﬁnd the right ﬁnance staﬀ  to ﬁt their needs. He ﬁrmly believes that it’s up to businesses themselves to foster the right types of attributes right from the oﬀ .

“We work with lots of diﬀerent types of businesses. The most successful in building balanced, dynamic and focused teams are those that focus on bringing in culture and values through the interview process. Moving beyond just skills and competencies, they will discuss values and ask the candidate why they’re important and where they have displayed them in the past.”

Walker points to big tech companies – such as Monzo and Transferwise – as examples of how the hiring process goes beyond asking candidates how and why they built a KPI dashboard in their FP&A role.

“It’s also about asking prospective hires, ‘One of our values is curiosity – talk us through how you’ve applied that in your ﬁnance team’,” he says.

“They’ll use [experts such as] Thomas International and other tools to serve as a supplementary part of the hiring process,” Walker explains.

And, not surprisingly, getting your interviewing technique right is also important.

“If you turn round and say, ‘One of our values is community; how important is that to you?’ then you’re bound to get the same answer from everyone: ‘Very’,” says Walker.

“But if you ask them to talk you through some examples of when they’ve displayed commitment to that ideal, then you’re going to have a better chance of ﬁnding the right people for your team,” he says.

Richard King, FD of Smith Brothers Contracting, is a veteran of four decades of spotting and developing ﬁnance talent. He agrees that ﬁnance leaders have to invest time to make sure their teams have the right balance of skills, as well as modelling the right types of behaviour to encourage staﬀ  to go the extra mile.

Looking back, he has come up with his ‘must haves’.

“Flexibility; natural thinking and problem-solving; technical skills, obviously they’ve got to be very aware of all the systems; and then honesty. If you can’t do something, tell me. If you’ve got something wrong, tell me – we can work it out and solve it,” says King.

That last point resonates a lot with Charlie Walker at Harmonic, who believes good leadership is the critical factor in encouraging the right approach.

“If you look at a theory such as the growth mindset, which focuses on the idea that everyone – if led in the right way and empowered – is capable of developing, then you see how important it is for leaders to set the right example,” he says.

And central to that leadership is demonstrating to team members that they enjoy the trust of the senior managers.

“There are some businesses that create the right setting, where people are being coached properly and where they feel safe to screw things up,” Walker says.

“And we ﬁnd that’s often what stiﬂes people’s development – they play it safe and don’t grow because of the fear that they’ll be criticised or singled out.”

Sophie Wright says she’s seen many cases of poor hiring decisions leading to an imbalance in the skillsets of the ﬁnance team.

“If you have an inexperienced ﬁnance manager doing the hiring, you do tend to see an oﬃce stacked with people just like them. She believes there are some roles that suit certain types of personality.

“Your credit controller, for example, really needs to combine people skills with being tough,” she says.

“Nurturing is so important. If you can ﬁnd someone, even someone junior, who combines detail and a strategic approach then you need to keep them in the business.”

There is a popular perception that staffing a finance function is an exercise in risk management: a safe pair of hands is more valuable than a creative thinker.

But Charlie Walker believes a more innovative and ambitious approach can pay off  – especially for smaller organisations.

“If you have hefty international elements with complex transfer pricing, or if the cash position is always going to be tight, then of course it makes sense to have someone there who’s riskaverse,” he says. “But if you’ve just done a big fundraising and you’ve already got someone in there who is hot on detail, then it makes sense to complement them with someone in a more commercial role who might be a bit more creative and data-focused. And you can help people develop those skills.”

“There are a lot of soft skills that you can teach, either by example or by training. For instance, you can definitely coach good communication, and teach people to consider the other point of view. You can also teach to let other people know where you’re coming from – why it’s important to explain things to clients or colleagues.” 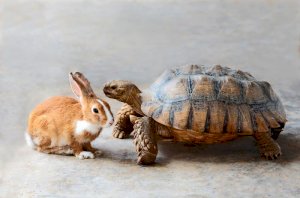 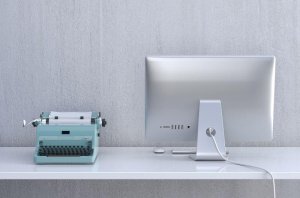 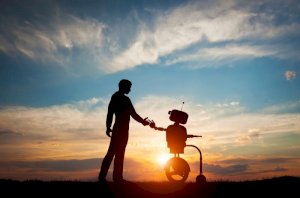 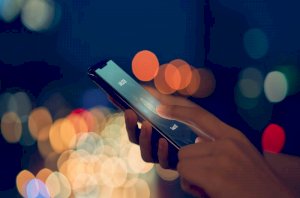 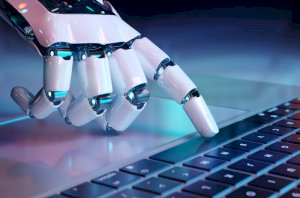 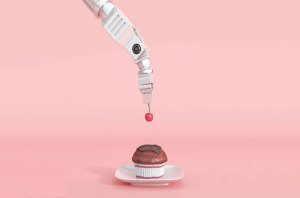