Small businesses in the UK have charted a full year of positive sales growth, showing a more consistent recovery for the post-pandemic economy, according to new insights from Xero. 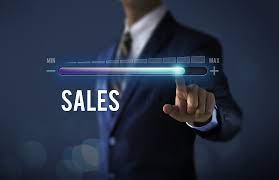 The Xero Small Business Index, based on anonymised and aggregated data from hundreds of thousands of small businesses, rose to 92 points in March. Sales grew once again in March 2022, with an increase of 13.5 per cent year-on-year (y/y). This means on average, small businesses have seen year-on-year sales growth every month since March 2021.

The hospitality sector saw sales rise 86.6 per cent y/y, but this was due to the poor figures at the start of the pandemic. However, even when using the two-year annualised growth adjustment, hospitality sales still increased by a strong 28.4 per cent. The other strongest sectors were administrative support (25.9 per cent y/y) and manufacturing (16.9 per cent y/y).

In spite of challenging conditions, all regions across the UK recorded double-digit sales growth last month. Small businesses in London (17.7 per cent y/y) spearheaded this, but also those in the North West of England (16.9 per cent y/y).

While positive sales growth has boosted the index, the jobs market is proving to be a major obstacle. There are still 7.4 per cent fewer people working in small businesses than there were in February 2020.

However, Scotland and London are proving to be the exception and leading the charge with more people now employed by small businesses than in February 2020. London has seen a 3.6 per cent increase and Scotland a 0.1 per cent increase.

In contrast, the West Midlands still has 13.2 per cent fewer small-business jobs and the South East 12.4 per cent, than before the start of the first lockdown.

The index also revealed that wages grew 4.2 per cent y/y in March, representing the third consecutive month of wage growth over 4 per cent. These numbers, in part, reflect catch-up after very low wage growth through 2020 and early 2021. However, rising inflation and the challenging jobs market are forcing small businesses to pay higher wages to navigate a reduced talent pool.

Previous
New subsidy control system will support UK jobs, boost the economy
Next
Businesses in distress increase by a fifth over a year