A UK business group is urging Sajid Javid to produce an emergency budget aimed at supporting small firms hampered by a struggling pound, weak economic growth and the prospect of a chaotic no-deal Brexit on 31 October.

The government has set aside around £6 billion for no-deal preparations, with £108 million dedicated to supporting small businesses. But FSB is urging the government to do more, stating that the budgeted amount is not enough to support the small business community, which makes up 99 per cent of the economy.

To avoid a shock to the jobs market, FSB is calling for an emergency budget to include a blanket cut to employer NICs. A reduction from 13.8 per cent to 12 per cent at a cost of £11 billion would help small employers to manage the surge in staffing costs which has taken place over the last four years.

“With the UK set to leave the EU on 31 October, we need an emergency budget before Brexit happens. It’s time for this government to get serious about planning and preparing the economy,” said FSB policy and advocacy chairman Martin McTague.

The group also recommended an uprating of the £3,000 employment allowance, following a decision to target the relief at the small firms that need it most.

“Cash is king for small firms, so we urgently need measures that will allow them to sure-up balance sheets, keep hiring, and help them prepare for an uncertain future,” Mr McTague said.

Elsewhere, FSB is calling for HMRC to urgently extend the flexible payment plans and deadline leniency reserved for firms in financial distress to the wider small business and self-employed community, urging it to implement and communicate the move imminently. The group argued that doing so will allow small firms time to sure­-up balance sheets and prepare for potential changes to trading arrangements and economic conditions.

Banks should also be prepared to take a lenient approach to requests for overdrafts and fresh finance in the coming months, according to FSB.

Other recommendations include reducing the 20 per cent VAT rate and introducing a £3,000 Brexit voucher for small businesses particularly affected by the prospect of a no deal, to assist with planning for the future, accessing new markets, retraining staff and retooling.

“Cutting employer NICs and VAT, expanding time to pay and providing specific support to the most affected through vouchers [are] the best way[s] to insulate jobs and growth from any economic side effects of a sudden no-deal Brexit,” Mr McTague said.

“The government would do well to remember that the economy only thrives when small businesses do.” 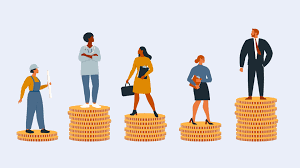