The Office of Tax Simplification (OTS) has published a scoping document outlining how it intends to review its “interpretation and approach to tax simplification” following HM Treasury’s five-yearly review of the OTS released in November 2021. 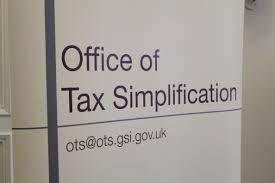 The scoping document says it will “articulate the OTS’s interpretation of and approach to ‘tax simplification’ [and] develop a framework of principles and approaches to inform the work of government on tax simplification”, as well as “guide the work of the OTS and help set its priorities”. It will do this while taking into consideration the present political and economic context the OTS operates in, including any “anticipated or potential changes in the economy, society, business or the labour market” as well as any anticipated or potential changes to the tax system and its operation and perception.

The OTS also intends to evaluate the benefits of simplification and practical ways to achieve and measure this, and “explore the range of ways in which tax complexity is experienced and the impacts it can have on individuals, businesses, agents, HMRC and the economy.” The OTS invites comments on its scoping document by 3 April, and says it will publish its report after consultation with a range of stakeholders in Spring 2022.

The scoping document was published in response to the recent 2021 HM Treasury five-yearly review of the OTS which recommended that the OTS “undertake a project to articulate its approach to and interpretation of ‘tax simplification’, including clarifying its aims as an organisation, and the success measures for assessing its progress.” The chancellor, Rishi Sunak, and the financial secretary to the Treasury, Lucy Frazer, wrote a letter to OTS directors Bill Dodwell and Kathryn Cearns asking that the OTS carry out this work as a formal review, focusing on conclusions that can inform how the government should prioritise simplification efforts and how the OTS should prioritise its work over the next five years.

The HM Treasury review in November 2021 concluded “that the need for the OTS’s statutory function to advise the chancellor on simplification of the tax system remains undiminished” but set out a number of recommendations for the body to implement, including:

The report also said both HM Treasury and HMRC would “enable and support the OTS to take forward these recommendations, including by pursuing an amendment to legislation to allow for the appointment of two additional board members”.