A landmark deal between the UK and the Gulf Cooperation Council is expected to add at least £270 million a year to the Scottish economy, with food and drink and renewable energy businesses set to benefit. 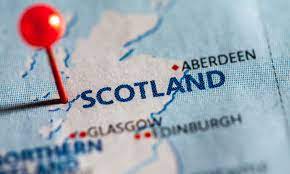 Trade Secretary Anne-Marie Trevelyan launched free trade negotiations on Wednesday (22 June) between the UK and the Gulf Cooperation Council made up of Bahrain, Kuwait, Oman, Qatar, Saudi Arabia, and the UAE, which are expected to culminate in a trade deal worth £1.6 billion more a year to the UK economy as a whole.

Ms Trevelyan said the current trading relationship was worth £33.1 billion in the last year and the new deal could open up new markets for UK businesses large and small, supporting the more than 10,000 SMEs already exporting to the region.

“This trade deal has the potential to support jobs from Dumfries to Doha, growing our economy at home, building vital green industries and supplying innovative services to the Gulf,” she said.

Just under £800 million worth of Scottish goods were sold to the GCC in 2021, with the main exports including beverages, industrial machinery, financial services, and technical services.

UK Government Minister for Scotland, Malcolm Offord, said a free trade deal with the Gulf nations offers massive potential for Scotland’s farmers, as the region imports 90 per cent of the beef and lamb it consumes.

Tariffs that could be slashed include cereals, which currently face a tariff of up to 25 per cent; chocolate, up to 15 per cent; baking products, up to 12 per cent; sweet biscuits, up to 10 per cent; and smoked salmon, which has a 5 per cent tariff at present.

Three hundred Scottish businesses have already exported goods to Qatar in 2021, and it is also hoped that a deal could allow more companies to start trading in the region.

UK businesses in the renewable energy industries will also play a role in supporting GCC countries as they diversify their economies to move away from a reliance on oil and towards other sectors.